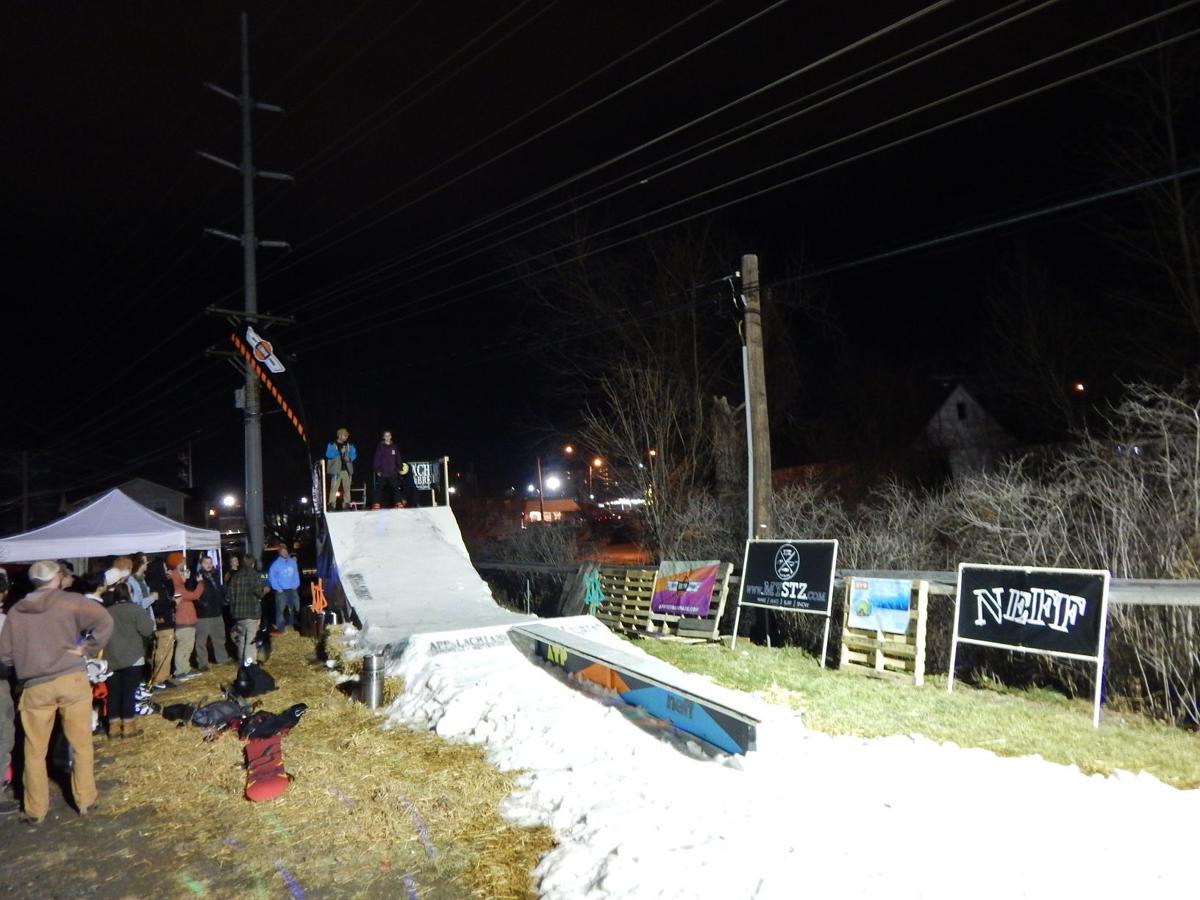 This year's ramp will be four feet taller and will also be longer for a smoother ride down. 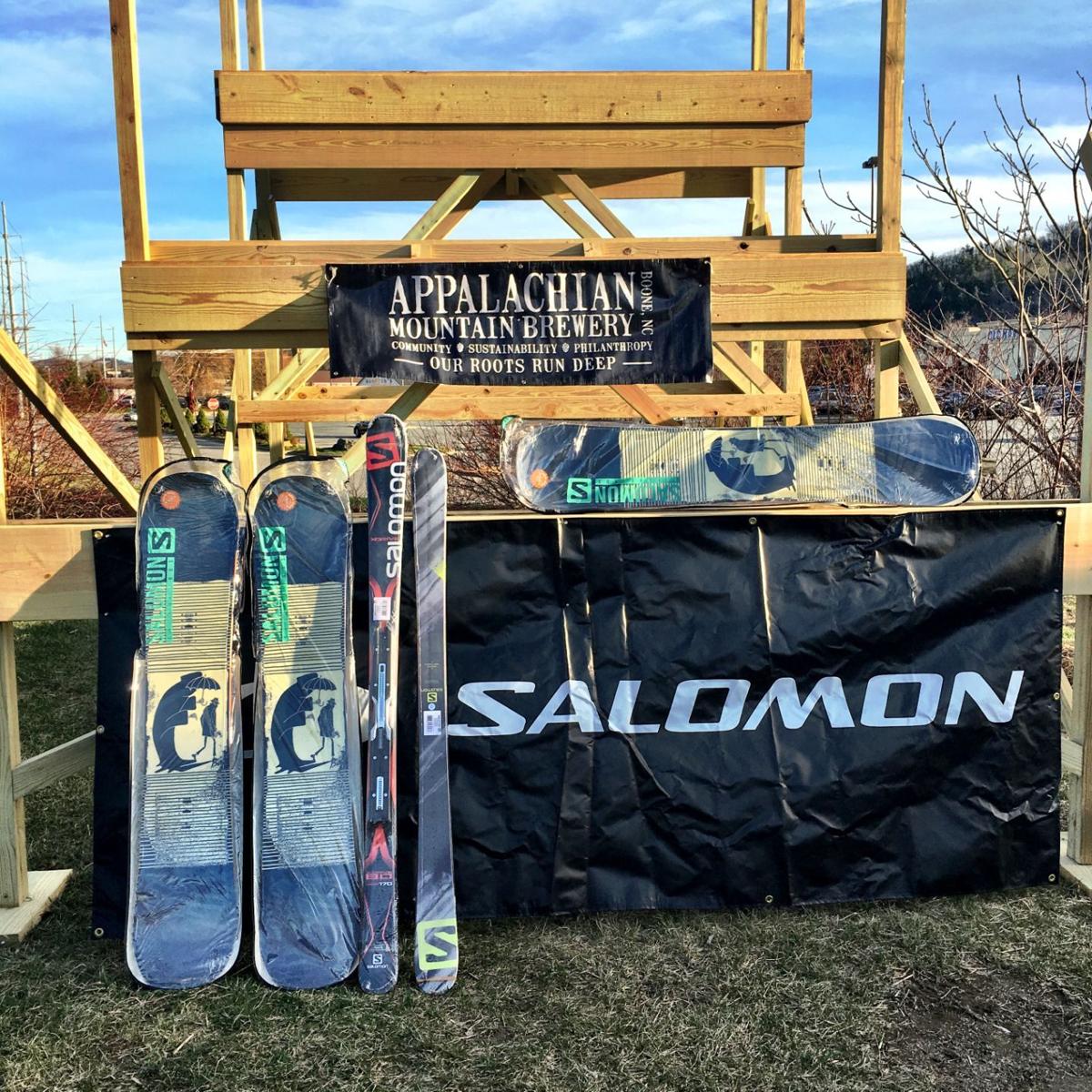 Prizes for the Winter Rail Jam include 8 sets of skis and snowboards from Salomon. 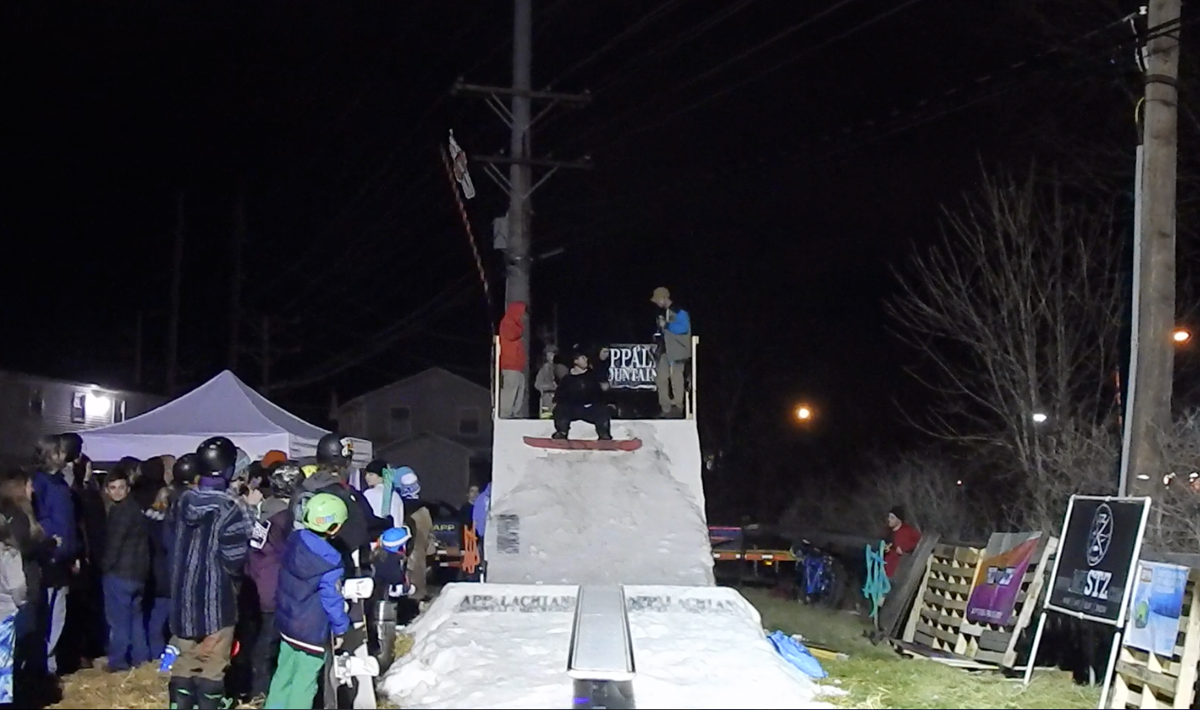 This year’s ramp will feature two rails, one more difficult than the other.

This year's ramp will be four feet taller and will also be longer for a smoother ride down.

Prizes for the Winter Rail Jam include 8 sets of skis and snowboards from Salomon.

This year’s ramp will feature two rails, one more difficult than the other.

BOONE — The Winter Rail Jam at Appalachian Mountain Brewery returns Jan. 16 for its second year, featuring a new and improved ramp with two rails and upgraded prizes, music and more to ensure an unforgettable night for charity.

The Winter Rail Jam is a ski and snowboard rail competition held on a manmade ramp that features snow trucked over from nearby Appalachian Ski Mountain. VPC Builders of Blowing Rock volunteered time and materials to help build the ramp.

The competition is for intermediate and advanced riders, although riders of all ages are invited to participate. Helmets are required, and there’s a $10 entry fee.

This year’s ramp is already under construction and will be four feet taller than last year’s ramp, in addition to being longer for a smoother ride. Competitors will also have an easier time getting to the top with a ramp ascending to the top, rather than a ladder.

“It will be less steep and longer, which will make for a better transition,” AMB manager Danny Wilcox said. “It’s even supposed to snow, but we have enough snow as is.”

The new ramp will also be wider and will feature two rails, one more difficult than the other, instead of one. According to Wilcox, the rails will be different and feature AMB beer cans inside them.

“It’s definitely getting more of a signature touch,” Wilcox said.

The ramp was built with the help of Appalachian Ski Mountain’s Terrain Park team.

Prizes for this year’s competition have also been elevated with the help of Salomon, an outdoors outfitter featuring skis and snowboards. Wilcox said that there will be eight sets of skis and snowboards to give away in addition to helmets and other gear.

In addition to the prizes from Salomon, Appalachian Ski Mountain will be giving out lift tickets and the Alpine Ski Shop has donated prizes as well.

“We’re going to give prizes not only to riders but also to people in the crowds, so anyone attending will have a chance to win,” Wilcox said.

Booths will be set up by Salomon, Stzlife clothing company, Appalachia Cookie Co. and more.

This year, AMB will set up an outside bar to accommodate for larger crowds. The Farm to Flame food truck will be serving up locally sourced pizza.

In addition to the competition, in which boarders and skiers can show off their best park tricks, there will also be live music from local band Handlebar Betty and DJ Sno Chainz. Along with DJ Sno Chainz’s set, there will be a light show production by DJ Hamilton.

This year, a videographer team will be present with drones and aerial coverage to get footage of the Winter Rail Jam.

Also new this year, the brewery plans to hold a “Winter Meltdown” games closer to the end of the ski season in late April or early March, Wilcox said.

The Winter Rail Jam goes to benefit the Purple Heart Homes High Country Chapter, which provides “aging in place” services to disabled veterans in the area.

Purple Heart Homes was founded in 2008 by two disabled veterans, John Gallina and Dale Betty, to connect disabled veterans and their families with housing solutions that enable them to age in place at home, regardless of the conflict they served in, according to a news release.