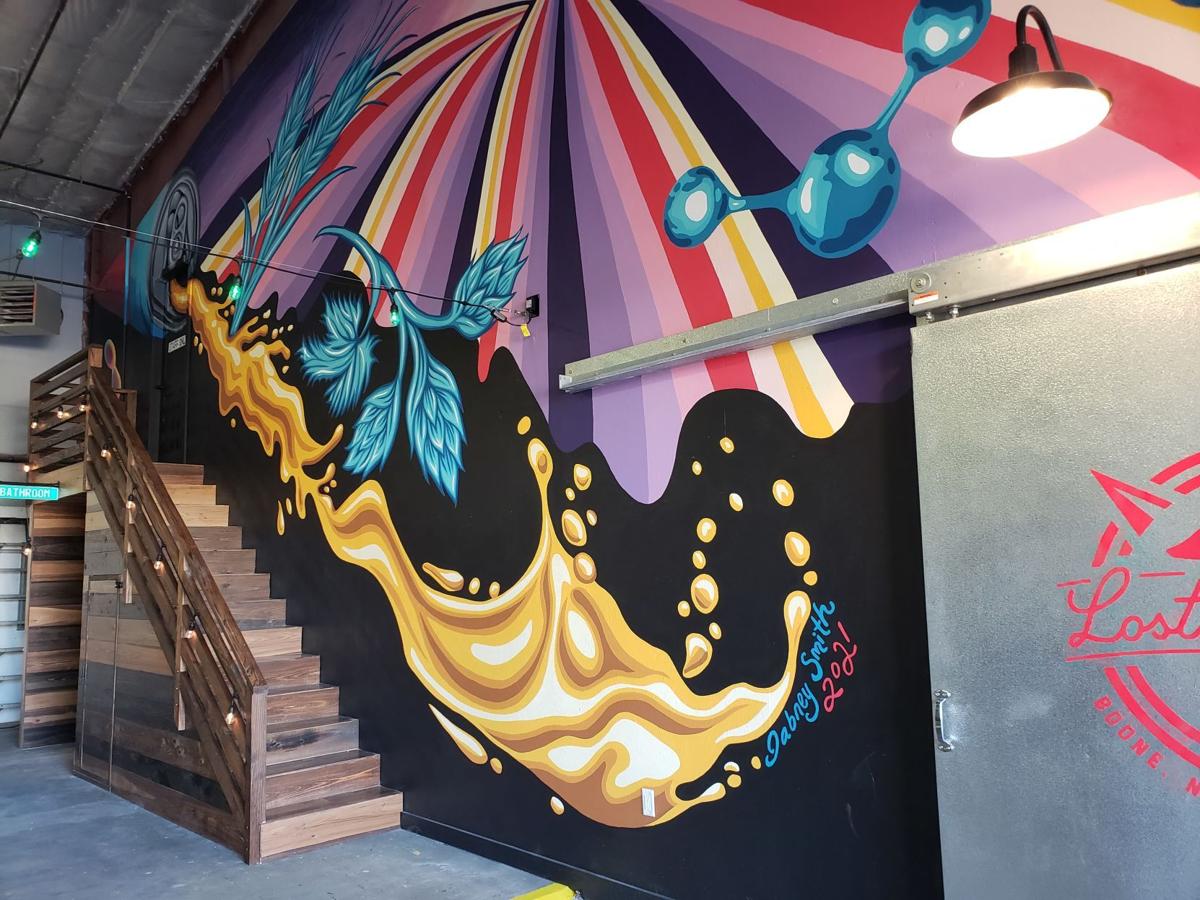 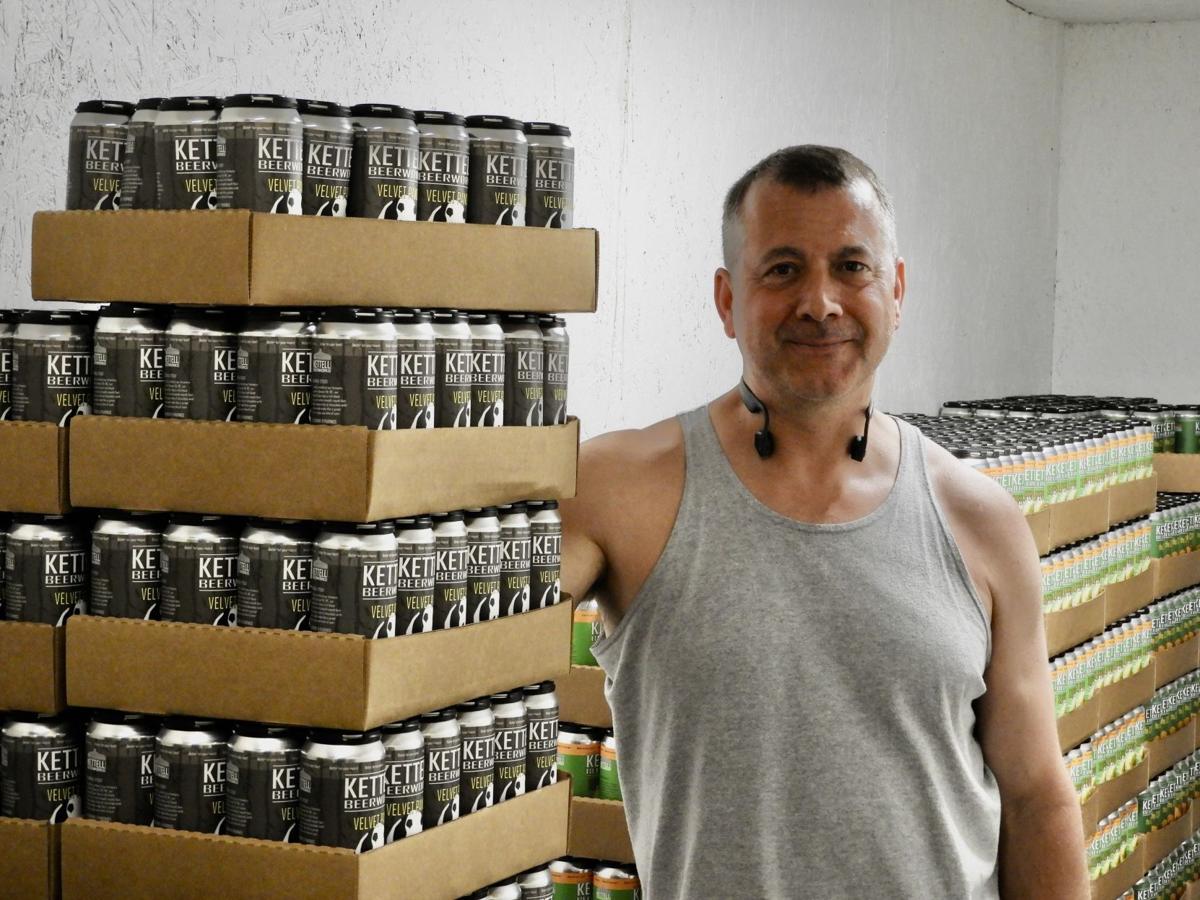 Kettell Beerworks owner Mark Ralston stands next to a towering stack of his specialty beer. 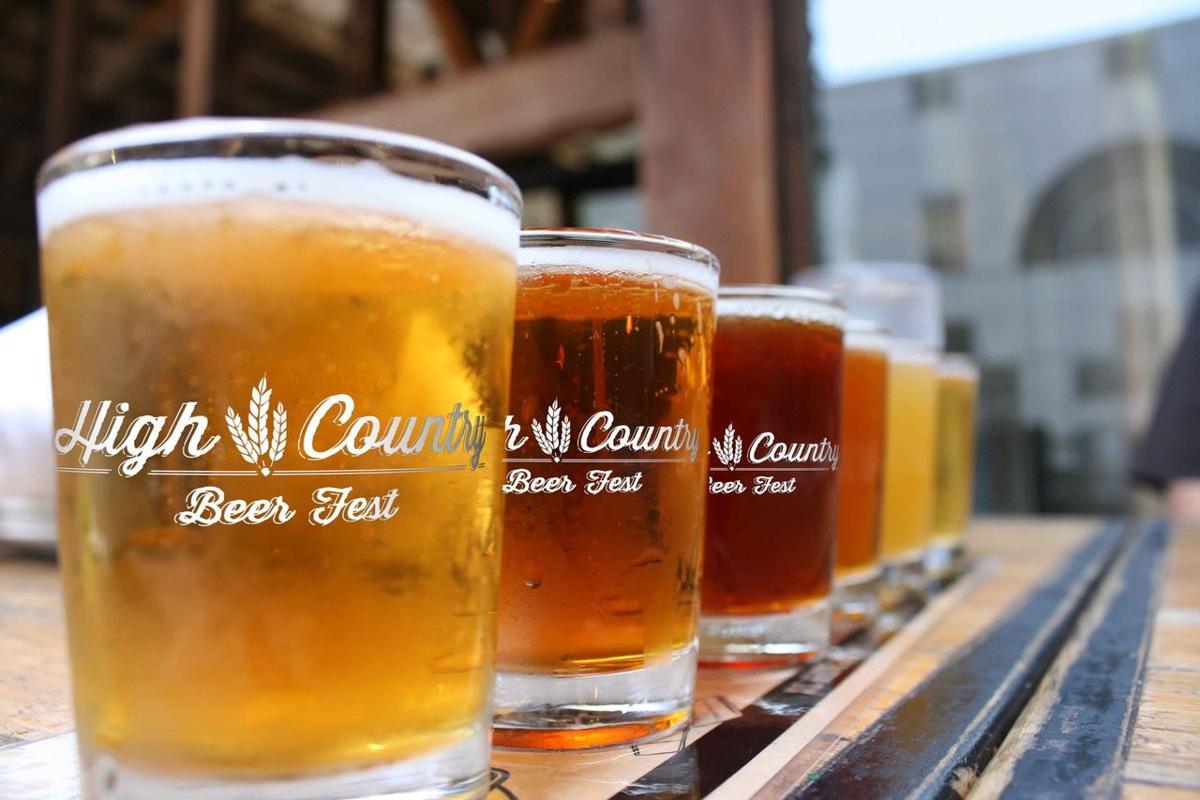 Kettell Beerworks owner Mark Ralston stands next to a towering stack of his specialty beer.

When the fall rolls into the High Country, the leaves begin to change. They go from a vibrant green wall to a smattering of reds, yellows and oranges. In other words, the colors reminiscent of the busy brewers, carefully crafting beers in the High Country.

Their numerous beverage options include the famous Boone Creek Blonde, Porter and the Spoaty-Oaty as flagship year-round brews. They also have some seasonal beers on tap such as the C.R.E.A.M. coffee and doughnut infused milk stout, which is a collaboration with fellow Boone staple Local Lion. If you’re more of a cider person, their Mystic Dragon Cider is an apple-based cider infused with green tea, rhubarb and strawberries.

The Midnight Raspberry Wheat is brewed with dark, roasted wheat and fermented while the Red Rider is malt driven and deep amber-red in color, with moderate hop intensity. Both are some of the seven of their brews to win medals at the Carolina Championship of Beer Awards.

Other offerings on tap include the Cloud Rise IPA, with notes of crushed pineapple and orange zest, and the autumn exclusive Mel Electrum Honey Amber Ale.

Blowing Rock Brewing uses only locally-sourced materials and recycles as much as they can, priding themselves on sustaining the land that provides so much for their products.

BrewingBoondocks is a constant presence in the West Jefferson and Ashe County communities, and their beers reflect that.

When they aren’t celebrating their home, Boondocks is putting out brews like the Rocket Science IPA and the Strawberry-Blonde Mint Saison.

Boondocks is home to both the Brew Haus and a restaurant section, so those who just want to drink and want a bite are covered. In the Brew Haus, visitors can see the tanks used to brew their new favorite beers, each named after some of founder Gary Brown’s favorite guitarists.

For more information, you can go to their website, www.boondocksbeer.com, call (336) 246-5222 or stop by either location on North Jefferson Avenue in West Jefferson.

CompanyFounded in 2015 by two friends who like beer, Booneshine is known for limited runs and beers that get the job done.

Booneshine specializes in unique and fun brews, such as the Hatchet Coffee Porter, a collaboration with the Hatchet Coffee company in Boone, the Trail Mojo is a double IPA that honors the spirit of local hikers and outdoor enthusiasts and the Champagne in the Membrane, a champagne-style grape ale.

The brewery opened a new location in 2019, doubling as a restaurant serving delicious food to pair with delicious beer. Since its opening, the new spot has hosted events, live music and people looking for a good time.

Kettell BeerworksThe Banner Elk brewers feature three tiers of alcohol by volume and a few seasonal beers. The variety allows for new drinkers to find their niche, or challenge themselves to go higher.

Their Vonderbier is a contemporary Munich style lager with a color resembling a Fall leaf, the Speak Easy carries a whopping 10 percent ABV along with its bourbon barrel aged Baltic porter flavors and their Copper Elk is an American amber with slight hints of chocolate and caramel.

Sit down at their location for a good time filled with food, friends and beer.

For more information, you can go online to their website, www.kettellbeerworks.com, call (828) 898-8677 or head over to 567 Main Street East in Banner Elk.

Lost ProvinceDowntown Boone’s microbrewery, just the names of some of Lost Province’s beers will make you want to get lost in their menu.

The Kiss My Grits is a “Southern-style” lager brewed with yellow corn grits, Life Without Air is a refreshing saison and the Fire On the Mountain is an amber ale brewed with fresh and fire-roasted jalapeños.

You can also grab a bite to pair with your beer, with wood-fired pizzas, meat and cheese boards and classic pub fare lining the menu. Lost Province takes buying from local farmers very seriously, so you might end up sitting next to the person who grew your dinner.

In 2021, the brewery opened a second location on the other side of Boone, just off U.S. 421. The satellite operation does not have a kitchen, instead hosting a massive brewing operation to allow Lost Province to spread its beer far and wide.

Molley ChomperMolley Chomper is based out of Lansing in Ashe County, and has a passion for making delicious ciders that people will love and show off the fruit and farmers of the southern Appalachia region.

Some of their ciders include the Porch Swing, which is made with wild crab apples that grow up the hill from their farm, the Mountain Maelstrom, which uses fruit grown in Ashe and Watauga Counties and the Hopped Molley, which is made with a little bit of hops for an added bonus.

Molley Chomper takes a lot of pride in using fruits, berries and other ingredients that they get from local farmers in Ashe and the surrounding counties, saying that they want to know who’s growing their product. For more information, you can go online to their website, www.molleychomper.com, or call (404) 769-1439.

New River BrewingFounded by the father-and-son team of Greg and Adam Hershner in Lansing, the brewery quickly became a staple in restaurants and stores in the area. Now in West Jefferson, the brewery has expanded to a whole restaurant, with food to compliment their beer.

Some of their beers include the Tipsy Kilt, with flavors of toffee, vanilla and dark fruit which spent over 200 days in a bourbon barrel for maximum flavor, their Rye R Squared, an amped-up version of a traditional English barley wine and the Hopsessive Compulsive which combines fruity notes with a bitter backbone.

Outside of their own building, New River’s brews can be found in establishments throughout the High Country such as The Rock and Macado’s in Boone, and Carolina Country Wines and Craft Beers in West Jefferson.