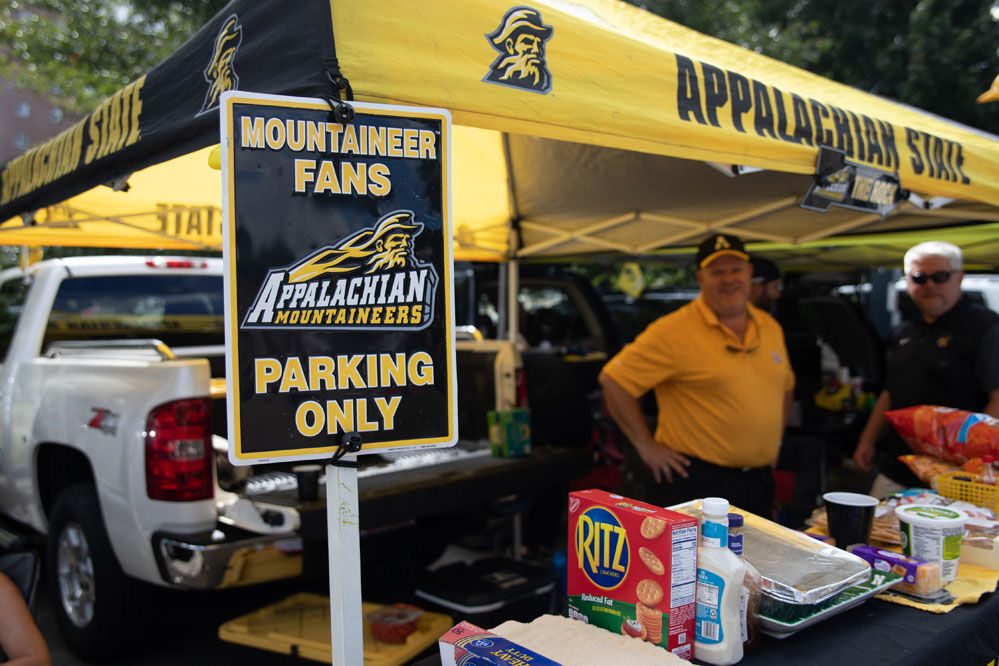 Mountaineer fans tailgate for a football game in 2019. 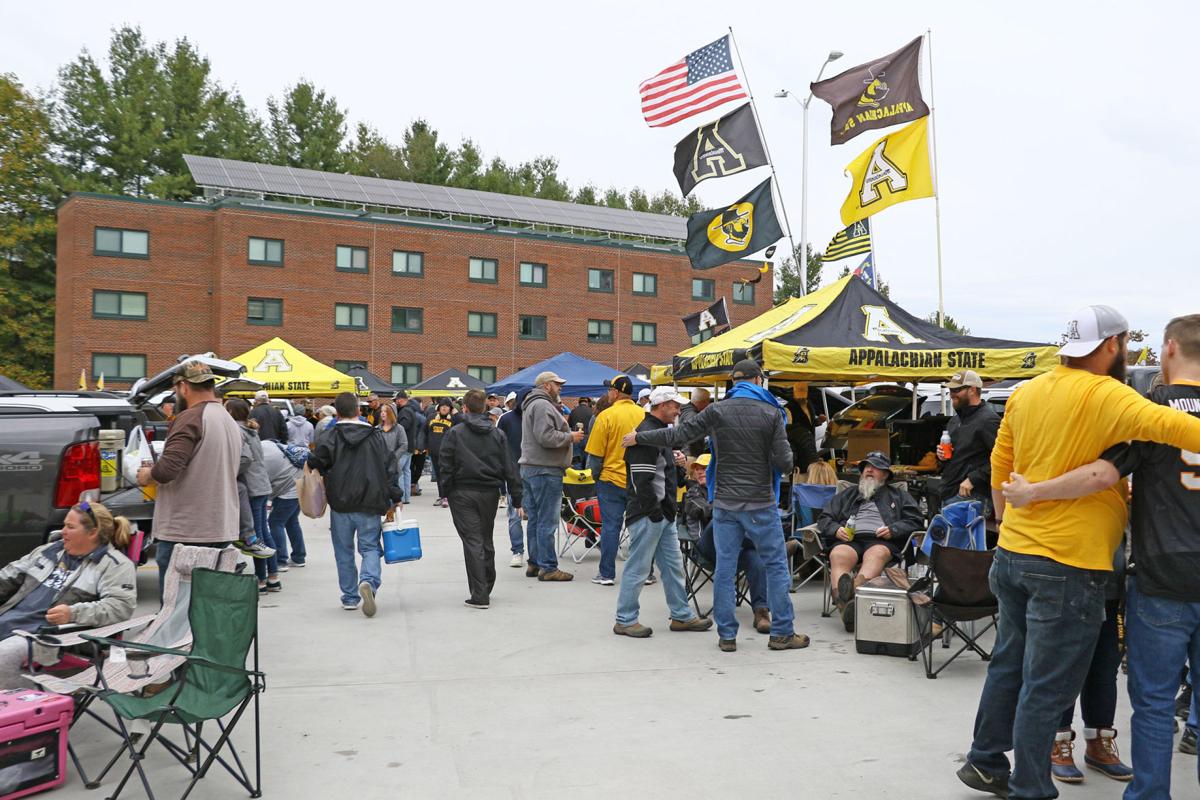 Mountaineer fans tailgate for a football game in 2019.

Almost any sports fan’s favorite part of game day is the socializing and camaraderie that is tailgating.

Fans gather prior to football games for food, drinks and community before the Appalachian State University Mountaineers face their opponents at Kidd Brewer Stadium — also known as The Rock. While the Mountaineers are moving forward with their 2020 fall season football schedule, university officials are allowing for tailgating with a few safety modifications in light of the COVID-19 pandemic.

Joey Jones, the senior associate athletics director for strategic communications at App State, said that university athletics did not anticipate changes to previous parking and tailgating protocols. He added that tailgating policies were subject to change along with public health guidelines.

Of the Mountaineers 11 games this season, six will be hosted at home; game start times were yet to be determined for some of the home games. The home game against Arkansas State University on Oct. 24 is slated to begin at 3:30 p.m. while both the Nov. 14 game against Georgia State University and the Nov. 28 game facing Troy University will start at 2:30 p.m. Campus lots that have been designated for tailgating will open for entry three and a half hours prior to kickoff on game days, but this is subject to change, according to the university.

Spaces open for tailgating include the Greenwood Lot on Bodenheimer Drive for Yosef Club Members and students with a permit (assigned spaces); the Raley/Duncan/Music lots on Rivers Street for students and Yosef Club members with the proper hang-tag; and Stadium and Justice lots which is open to Yosef Club members with appropriate hang-tags. Additionally, the university offers the alcohol-free tailgate called the family fun zone on the site of the first ever football field on Appalachian’s campus.

App State’s football tailgating policy states that propane and charcoal grills are the only permissible sources of heat for cooking. The university states that burned coals and/or residue from cooking is not allowed to make contact with the paved surface of the parking lot. Hot coals must be completely extinguished with water prior to leaving the tailgating site. Open flame fires are prohibited.

The university also recommends that fans use their vehicles to power any audio or video equipment. While generators are not prohibited, they are not recommended as they present safety hazards. Additionally, fans can use bathrooms that are available in Trivette Hall, the Plemmons Student Union and the Central Dining Hall; portable bathrooms are located in parking lots and tailgate locations throughout campus.

Tailgating attendees are able to dispose of trash in nearby dumpsters that have been placed in high-traffic tailgate areas. Representatives from a number of agencies pass out trash bags in various parking lots throughout the day to ensure all tailgating garbage is picked up.

At the end of tailgating, fans participate in what’s known as the “Mountaineer Walk.”

Patrons are able to join the App State cheerleaders and the Marching Mountaineers at the tunnel exit, where they will be waiting to give the team a loud boost as they make their way in between Newland and Trivette Halls, and on into the stadium parking lot.

“Make as much noise as you can while cheering on the black and gold as they prepare for another game day at The Rock,” the university stated.