Log In Sign Up
You are the owner of this article.
Edit Article Add New Article
You have permission to edit this article.
Edit
Home
Stay
Play
Eat
Shop
Own
Calendar
Services
Seasonal
Entertainment
Health
Marketplace
Visitor Guide
1 of 2 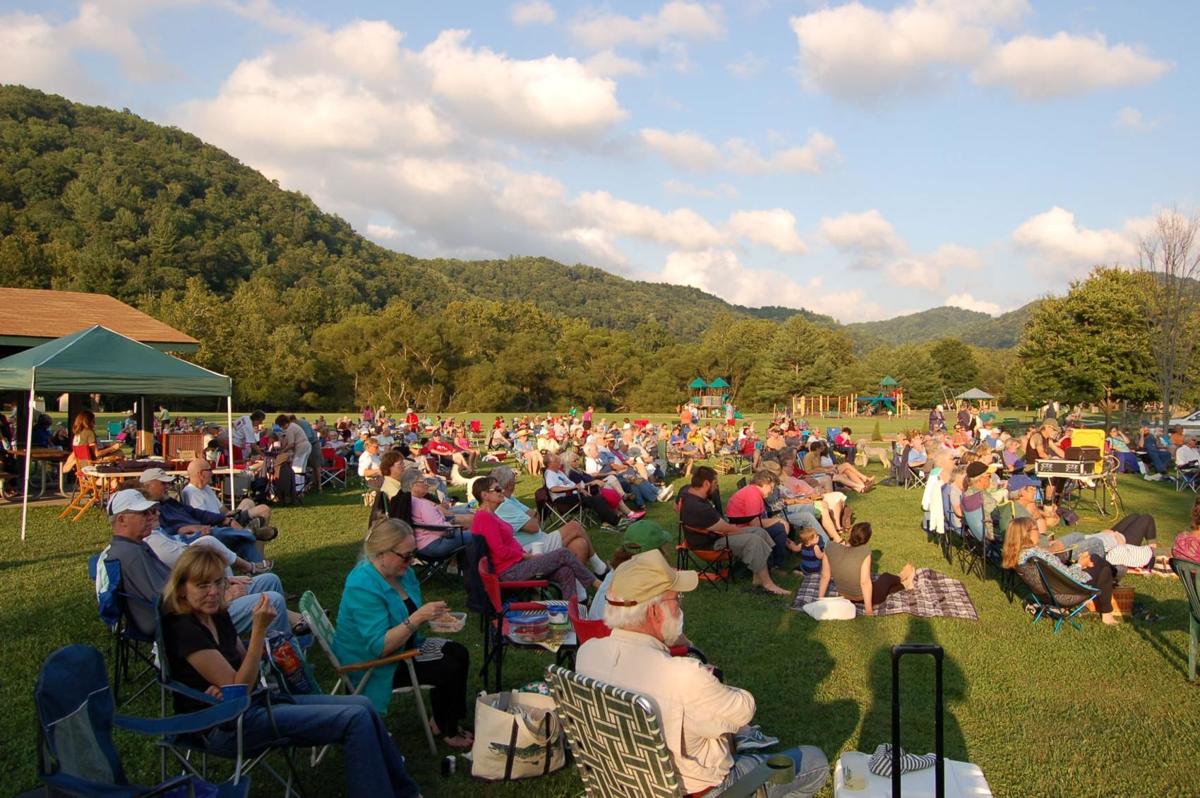 Valle Crucis Community Park provides an ideal setting for Music in the Valle. 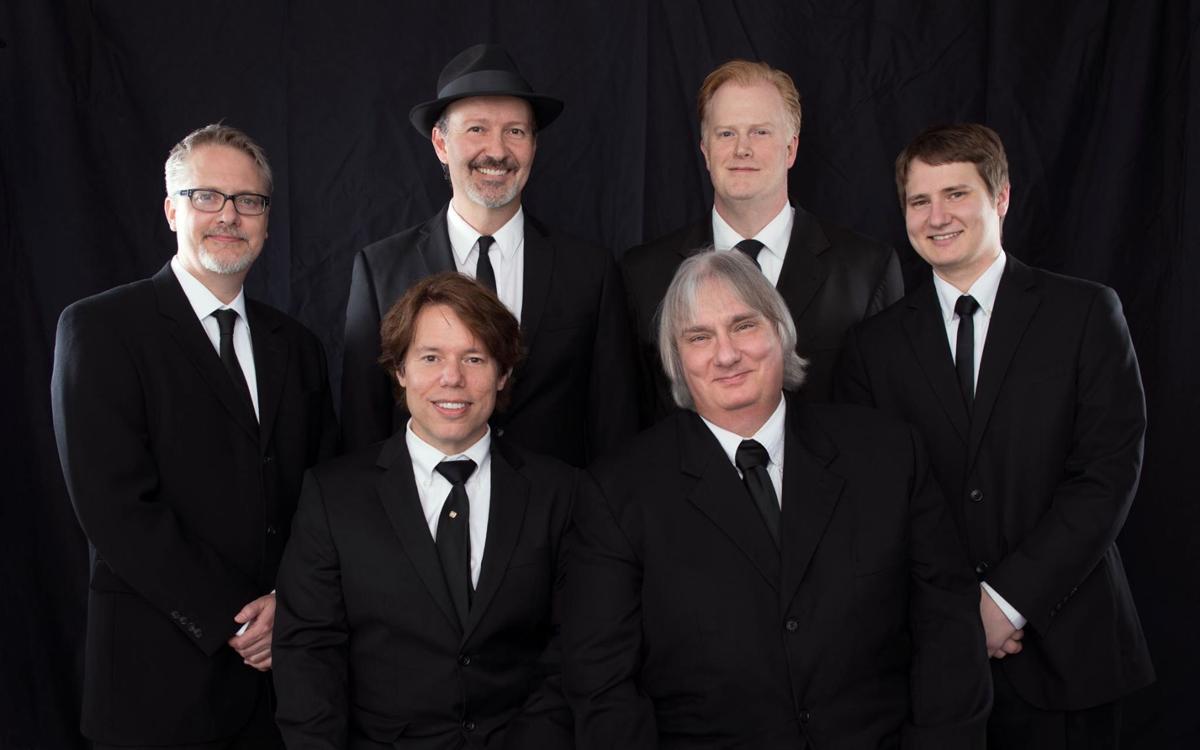 The Lucky Strikes Orchestra plays a variety of jazz and swing music, and are one of the groups scheduled to perform as part of the 2020 Music in the Valle Concert Series.

Valle Crucis Community Park provides an ideal setting for Music in the Valle.

The Lucky Strikes Orchestra plays a variety of jazz and swing music, and are one of the groups scheduled to perform as part of the 2020 Music in the Valle Concert Series.

Valle Crucis Community Park, a 28-acre recreational haven situated in Watauga County, was slated to host its 18th annual concert series entitled “Music in the Valle” beginning in May. However, as with numerous plans and events, the Coronavirus global pandemic has impacted the series, forcing the postponement of a number of the series’ early concert dates.

Despite the changes brought on by the worldwide crisis, series organizers have taken the fluidity and uncertainty of what the summer music scene holds in stride, expressing willingness to adapt with the desire to provide entertainment for local patrons as conditions hopefully improve.

According to series organizer and Valle Crucis Community Park Executive Director Ashley Gallaher, there is anticipation that the series can take place this year, perhaps pushed back several weeks, with the series completion occurring in the fall.

“We have rescheduled our May and June shows, hopeful that we can start the series later and go later, because we don’t want to disobey the number restrictions (from health officials.) We typically end the week after Labor Day, sometimes going one additional week into September, but we’ve noticed the past couple of years that the weather has stayed nice and, in some cases, even remained warm through mid-to-late October,” Gallaher said. "The feedback we're getting is that everybody is looking forward to getting out, and I’ve joked that I’d be willing to host outdoor concerts until Halloween if people are willing to bundle up and bring a blanket and come out. Everyone I’ve told that joke to has been supportive of that idea, willing to wear sweatshirts and bring blankets and have us begin the concerts earlier in the evening, so they would end at dark. We don't think that is too unreasonable, as with all the cancelations people will not have all that many opportunities to enjoy live music. Our local people are pretty hearty and are willing to come out.”

Music in the Valle on a typical Friday evening, depending on weather, hosts anywhere from 200 to 400 guests for its weekly concerts. The series is a family-friendly atmosphere where visitors can enjoy music from local and regional artists, in addition to partake in small-town camaraderie.

“If you've been to Music in the Valle, a lot of people do their own thing,” Gallaher noted. "We’ll see a lot of families who set up far out into the grass and have their own folding tables and spread out a picnic. By nature, it’s kind of a spread-out event.”

Traditionally, Music in the Valle showcases some of the best musicians Western North Carolina has to offer each Friday night, in addition to food vendors on site for patrons to enjoy.

“The series has come a long way over the years,” Gallaher said. “It started out under the Cooper Pavilion with just a band or one guy with a guitar who people would come out with lawn chairs to watch. Now it’s been turned into a large-scale event with a true stage and dedicated sound guys.”

The different kinds of music played at the series has also grown over the years. It started out heavy on regional favorites such as bluegrass and old-time, but now features a wider variety, from reggae to jazz.

“There’s a really diverse mix here, not just with the musicians but with the concertgoers, too,” Gallaher said. “Many music events around here consist of going to a bar to hear artists play, and a lot of our summer concert crowd is not a part of the bar crowd. These bands will be reaching groups like bigger families or older folks in one space, which I think is what helps make this series something special.”

Although admission to the concerts are free, a donation to the park is recommended in order to preserve its mission to keep the series as running the same way it has for nearly two decades. Without concerts taking place, or if concerts are held with only limited numbers of attendees, the park is unable to garner the needed donations that help sustain the series and the park with its amenities.

Gallaher explains, however, that even with a delayed start to the MITV season, musicians have expressed great interest in appearing onstage for this year’s series.

“Of our local bands, those based in the High Country, most have reached out to ask us to let them know of anything they can do. Obviously many, if not all, of their gigs have been canceled 9due to the virus),” Gallaher said. “We’d love to partner with our sponsors and put those bands to work, at least for one show, but having a 50-person concert wouldn’t amount to much fundraising for the park. Fifty persons can only donate so much, compared to when we have 250 people at a concert. The donations are enough with our normal crowd to make up for the effort and time put in by sponsors, park staff, the park board of directors to actually make the concert happen. We would not be able to do this without the folks who make contributions, whether that’s on a monthly recurring basis or just a few bucks in the bucket at every show.”

Anyone wishing to contribute by supporting the park and concert series financially may do so by becoming a member of the Friends of the Park program, where donors can contribute one-time or recurring monthly gifts to help with the sustainability and upkeep of the park grounds and its programs. Information on the program is available on the park’s website at vallecrucispark.org.

Valle Crucis Community Park is a nonprofit organization and located behind the Mast General Store. For more information on the park and Music in the Valle, as well as updates on the status of the park and concert series, click to the park's Facebook page, call (828) 963-9239 or click to vallecrucispark.org.

In 1983, members of the Valle Crucis community joined forces to preserve a 12-acre tract of land along the Watauga River that was slated for development as a recreational vehicle campground.

Their efforts were successful, and the Valle Crucis Community Park was born. The park’s founders held a clear vision for the land: That it should remain undeveloped, as a recreational and gathering space for the community, in perpetuity.

Today, Valle Crucis Community Park has grown into a 28-acre destination for High Country residents as well as visitors to the area. The park is open to the public year-round and provides space for a variety of outdoor activities.

The mission of Valle Crucis Community Park is to provide a safe and peaceful recreation resource and gathering space for our community, preserve open space, and educate our visitors about natural resources and the importance of protecting them for future generations.